Buenos Aires, February 22nd, 2018. The Argentine banknote featuring a jaguar won the Spanish Nexonum award as the best in the world for 2016. This new prize adds to the various international awards received by the Central Bank of Argentina for the banknote series called Argentinas Fauna.

In a ceremony held at the auditorium of the Royal Mint of Spain, an international panel composed of thirty academicians from Europe and the Americas gave the $500 banknote the first prize. The magazine EL ECO Filatélico y Numismático from Madrid awarded a prize to the best banknotes and coins in the world issued in 2016. At the same event, which took place last November, the $2 coinissued in commemoration of the bicentennial of the Argentine independencefinished second in the category Best Legal Tender Coin in the World.

The new banknote series displaying Argentinas fauna garnered various international awards in the past two years. In addition to the Nexonum award, the $500 bill won the 2015/2016 LatiNum award for best Latin American banknote. In 2017, the International Bank Note Society (IBNS) selected the $500 bill among the best four banknotes in the world, which ended up winning the second prize (shared position). The artistic merit, design, use of color and security features of each nomination was rewarded. In turn, the $200 banknotefeaturing the southern right whalewon the 2016/2017 LatiNum award for best Latin American bill.

Moreover, the $1000 banknote has been nominated for the 2018 edition of the IBNS Banknote of the Year award, the winner of which is yet to be announced.

The new banknote series seeks to underscore Argentinas wildlife and raise awareness of the preservation of our environment. It has the most advanced security features and a novel vertical layout on the back. Four denominations have already been released: $1000 (rufous hornero), $500 (jaguar), $200 (southern right whale) and $20 (guanaco). 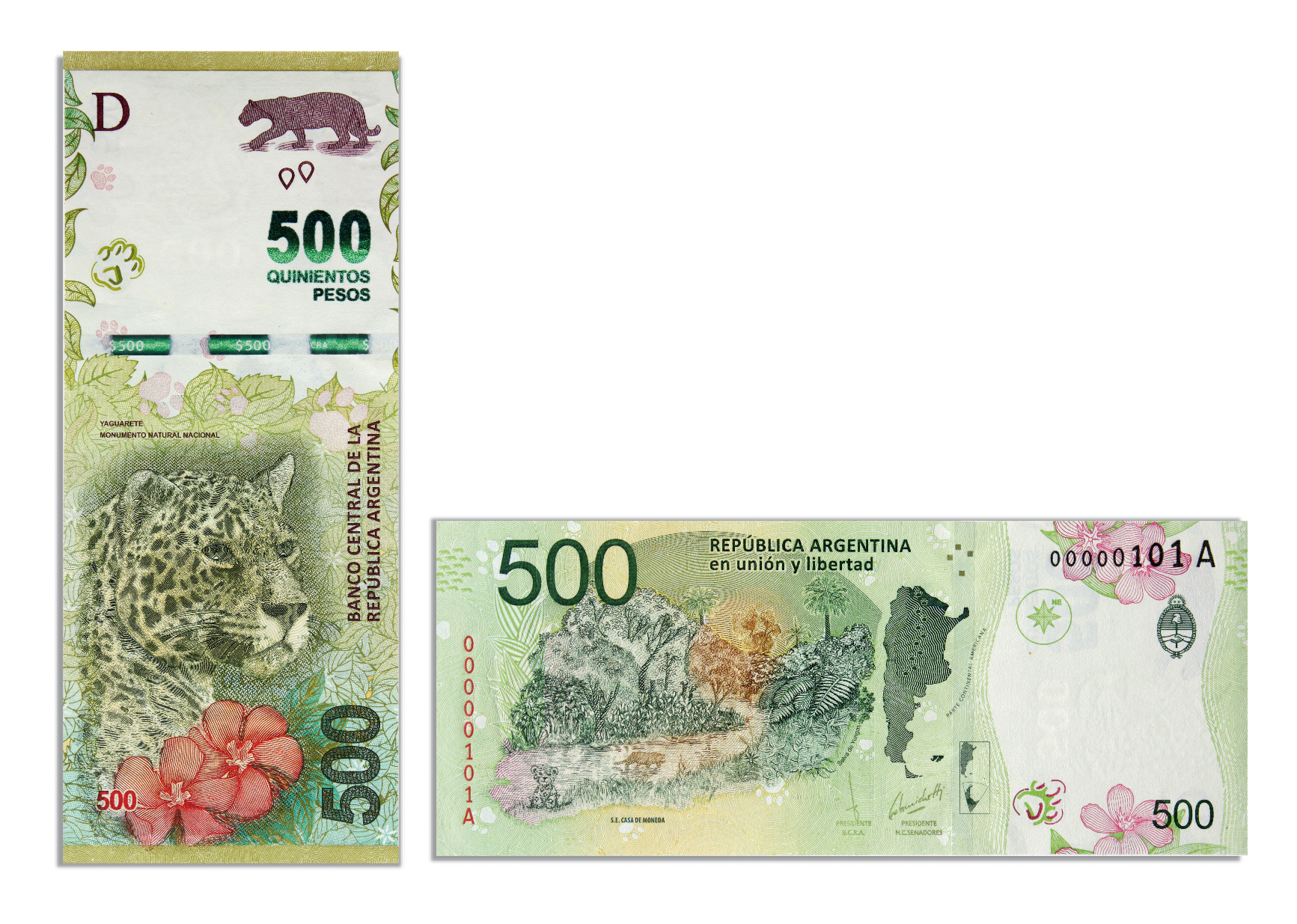