Report on the Monitoring of the Monetary Base Target

September 2, 2019. You will find below the report of the July-August period.

The BCRA has decided to impose tight controls on monetary aggregates, with the commitment to keep zero growth in the monetary baseagainst the monthly average of February 2019until December 2019, with an adjustment in December driven by a seasonal increase in the transaction demand for money. In line with the two-month calculation of minimum reserve requirements established by the Board of the BCRA, the COPOM announced, in its release on July 22, that the compliance with the monetary base target would be assessed on a two-month basis. This measure was intended to avoid excessive contraction in July and excessive expansion in August. 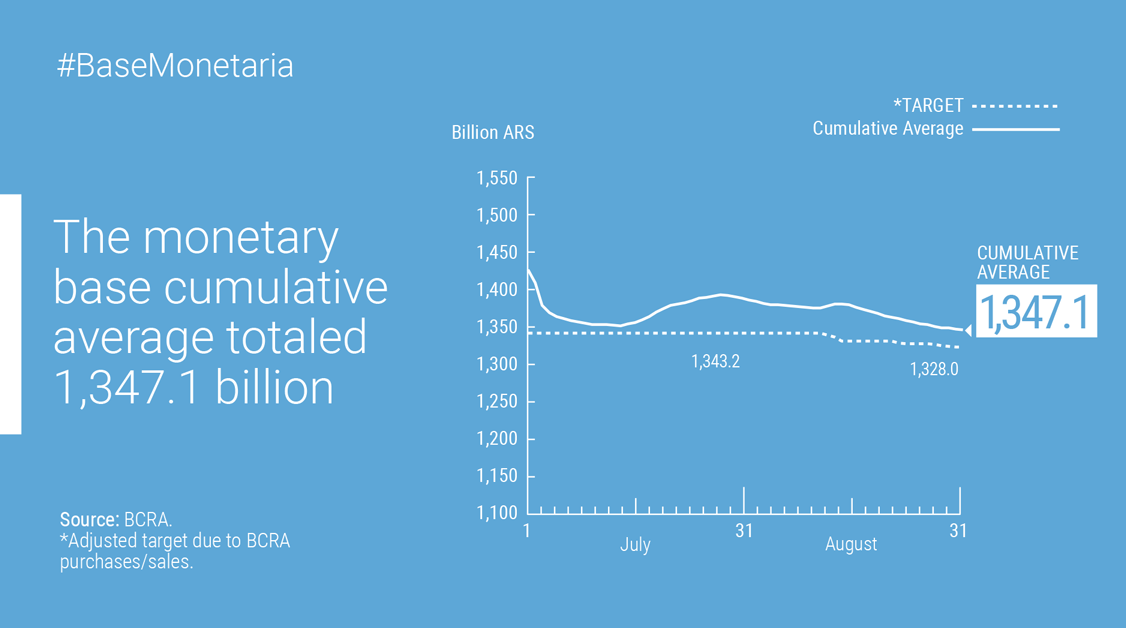