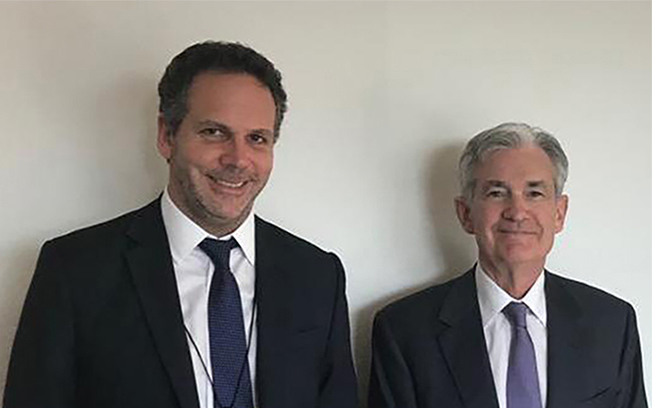 May 12, 2019. Guido Sandleris, Governor of the BCRA, met Jerome Powell, Chairman of the Federal Reserve. They discussed the international financial context and the development of US and Argentine economies. The encounter took place in the framework of the meeting of Central Bank Governors at the Bank for International Settlements (BIS) in Basel, Switzerland.

In the afternoon, Sandleris also held a meeting with Masayoshi Amamiya, Deputy Governor of the Bank of Japan.

Tomorrow, the BCRA Governor will participate in the Global Economy Meeting with his counterparts at the bimonthly meeting at the BIS. He will then hold bilateral meetings with Mark Carney, Governor of the Bank of England; Roberto Campos Neto, Governor of Banco Central do Brasil, and François Villeroy de Galhau, Governor of Banque de France.

The BIS gathers 60 central banks around the world whose countries account for 95% of international GDP and promotes international cooperation to achieve monetary and financial stability.