Sandleris closed the meeting of the Council of Americas

Guido Sandleris, Governor of the Central Bank of Argentina, spoke this afternoon at the meeting: investing in Argentina: the road ahead 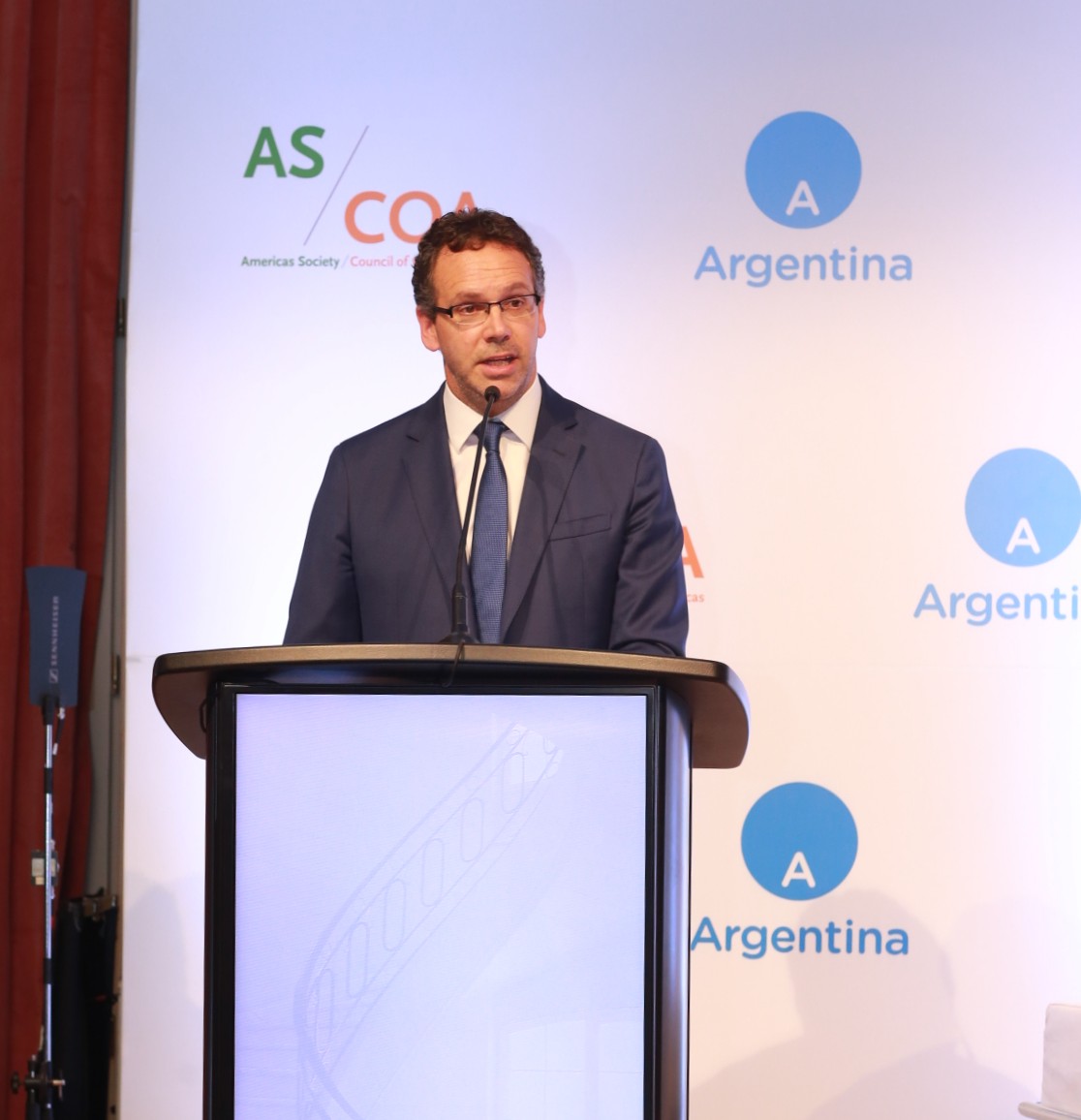 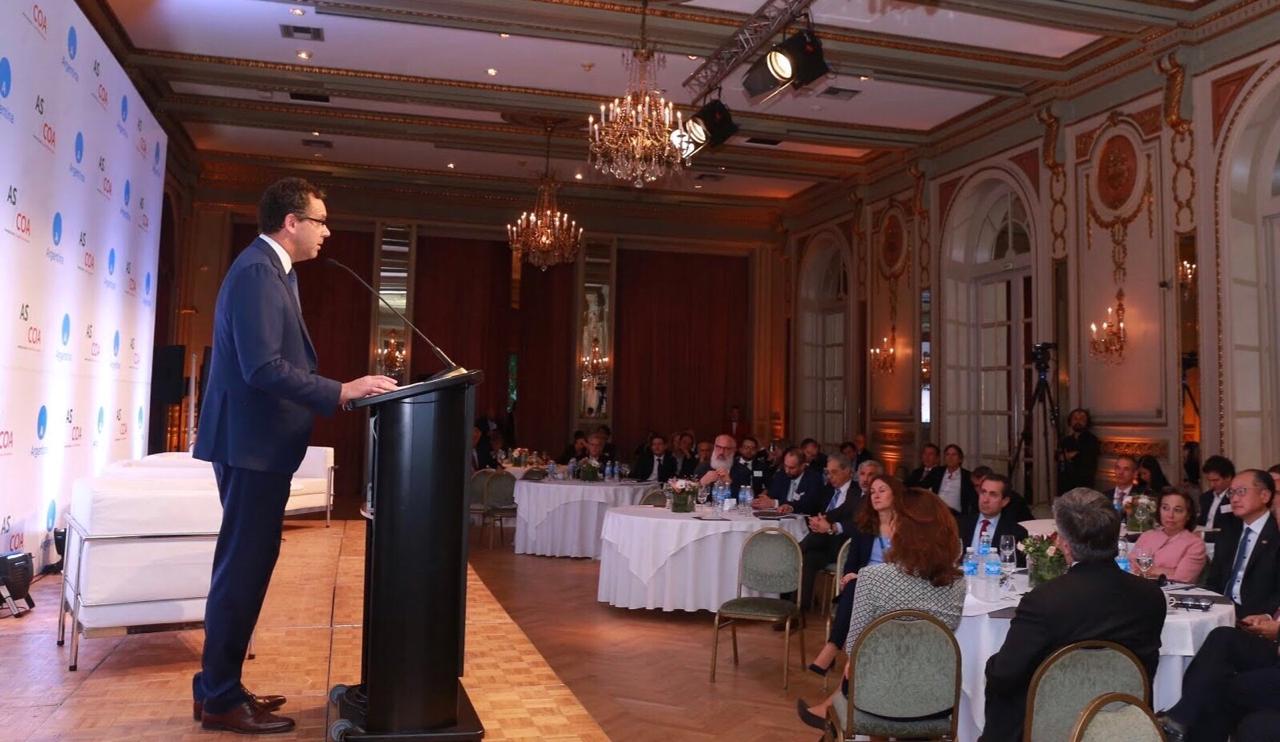 Good afternoon. It is a pleasure to be here today with you, in this conference about the future of investment in Argentina.

The G20 Presidents' meeting takes place during difficult times for our country. We are going through a recession, and in recent months we have experienced an acceleration of inflation and a sharp depreciation of our currency. Three elements led us to this situation: inherited economic imbalances, idiosyncratic and global shocks, and our own mistakes.

Let me briefly discuss each of them. In 2015, Argentina was in default, with a large fiscal deficit, with almost no international reserves at the Central Bank, with capital controls and high inflation. There were also price distortions, especially in the energy sector, that generated harmful incentives that transformed Argentina from being a net energy exporter to a net importer.

This legacy left our country vulnerable to a sudden worsening of the international financial environment, amid high dependency on external financing. In addition, we faced the worst drought in decades in our country, explaining the loss of almost 10 billion dollars of exports this year.

It is also clear that we have made mistakes. The government addressed the imbalances, but underestimated the difficulty of correcting them. In particular, we lacked the necessary consistency between three elements of our policies: the speed of fiscal and monetary corrections, and the required adjustments in the price of utilities. We also underestimated the speed at which international financial conditions would change.

This combination of factors led us to months of significant nominal uncertainty. I can summarize what we experienced in two figures: September core inflation was 7.6%, and the exchange rate rose by nearly 100% this year. Quite clearly, Argentina was in an urgent need to recover a nominal anchor.

Two months ago we radically changed our monetary policy framework. We believe that this framework, although old-fashioned, better fits the Argentine reality.

The key element in this framework is the commitment to a zero monetary base growth until June, with an upward seasonal adjustment in December. This rule is strict, clear and easily verifiable, and we expect it to be powerful in controlling inflation. The economics behind it are also very simple: there should be no excess Pesos in the economy.

We over-complied with our target in October, the first month of the program. And we will do it again in November. This is a remarkable contraction in monetary policy. Keep in mind that the monetary base had been growing at 2.2% per month prior to the launch of the new regime.

This monetary contraction was necessary to recover nominal stability and reduce inflation expectations.

Implementing this rule was only possible because the Central Bank no longer makes transfers to the Treasury to finance the fiscal deficit. The government will achieve a primary balance next year. This is key for the consistency of our monetary program.

Another important component of the monetary program is the definition of zones of intervention and non-intervention in the foreign exchange market.

This guiding rule has two virtues. First, it retains the benefits of a flexible exchange rate, allowing the country to smooth out real shocks; at the same time, it limits potential disruptions associated with extreme exchange rate values.

The non-intervention zone was initially defined between 34 and 44 Pesos per US dollar and it updates daily at a 3% monthly rate until the end of December. The Monetary Policy Committee will define during December the slope of the zone for next year´s first quarter. The new rate of adjustment should be lower than the current one.

In this new policy regime, the interest rate is determined endogenously in the money market. The interest rate that the market required to meet the monetary base objective reached 73.50% at the beginning of the program but has been falling steadily down to 61.25% today. Worth highlighting is that this decline in rates took place while we were contracting the monetary base beyond our target.

We know that the interest rate tends to be volatile in monetary targeting regimes. The money market may require higher or lower rates to reach our monetary base objective in the future.

The results of these two months on the monetary front are encouraging. As expected, the effect on inflation is not immediate, but we are already seeing a slowdown in high frequency price indicators and expectations. Despite recent movements in the exchange rate, volatility in this market is subsiding and the exchange rate remains within the non-intervention zone.

On the fiscal front, the Treasury has also made remarkable progress on reducing the deficit.

On the external sector, for the first time in 21 months, the trade result recorded a surplus in September and remained positive in October. Also in these two months we have seen a decisive drop in dollar purchases by individuals and companies. Reaching their lowest level since the lifting of foreign exchange controls in December 2015.

In summary, dollar flows have completely turned around.

However, there is still a lot to do. Inflation remains high and our currency still overreacts to external and internal shocks.

This Central Bank will be very cautious in the coming months. We are well aware of the risks that our economy faces. We will only increase the monetary base if the conditions allow it.

This same criterion will be applied if the exchange rate were eventually to fall below the non-intervention zone. We will expand the monetary base via foreign currency purchases only at a pace consistent with the growth in the demand for money.

We know that rebuilding confidence in our currency is a process that takes time and cannot be rushed. We are convinced that we are on the right path to ensure lower inflation and sustainable and steady growth.

Thank you very much.