The duties of the Economic Research Deputy General Management Office consist in advising the Governor and the Board regarding the analysis and implementation of the monetary policy, participating in the Monetary Policy Council, setting guidelines to monitor the national and international economic context, releasing the monetary policy, preparing and disclosing statistics, and developing economic models to analyze Argentinas economy.

Mr. Alessandro holds a PhD in Economics from the Massachusetts Institute of Technology (MIT). He further obtained an undergraduate degree in Economics from Universidad de Buenos Aires (UBA) and a masters degree in Economics in the Universidad Torcuato Di Tella (UTDT). He held the position of Monetary Policy Strategy and Communication Senior Manager since January 2017 where he was in charge of preparing the Monetary Policy Report (IPOM) and drafting Monetary Policy releases. He has been a temporary member of the Monetary Policy Council since August 2018. He joined the Central Bank of Argentina in July 2010. Prior to the positions described above, he worked for the Economic Research and Risk Assessment Senior Management Offices. He has written papers within the international finance field and is currently a professor in the Finance Masters Course in the UTDT. 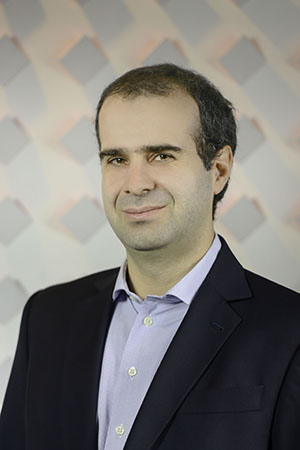