Guido Sandleris, Governor of the Central Bank of Argentina, met with Gang Yi, Governor of the Peoples Bank of China, in Beijing today. The meeting was further attended by other officers on official missiongovernment officials from the Presidential Administration, the Ministry of Finance, the Ministry of Foreign Affairs, and from the Provincial government of Buenos Aires.

Both governors discussed the new monetary plan implemented by the BCRA and shared opinions about the international financial context. Furthermore, they talked about arrangements for the G-20 summit to be held in Buenos Aires from November 30th to December 1st, 2018. Xi Jinping, President of the Peoples Republic of China, will also attend the summit. 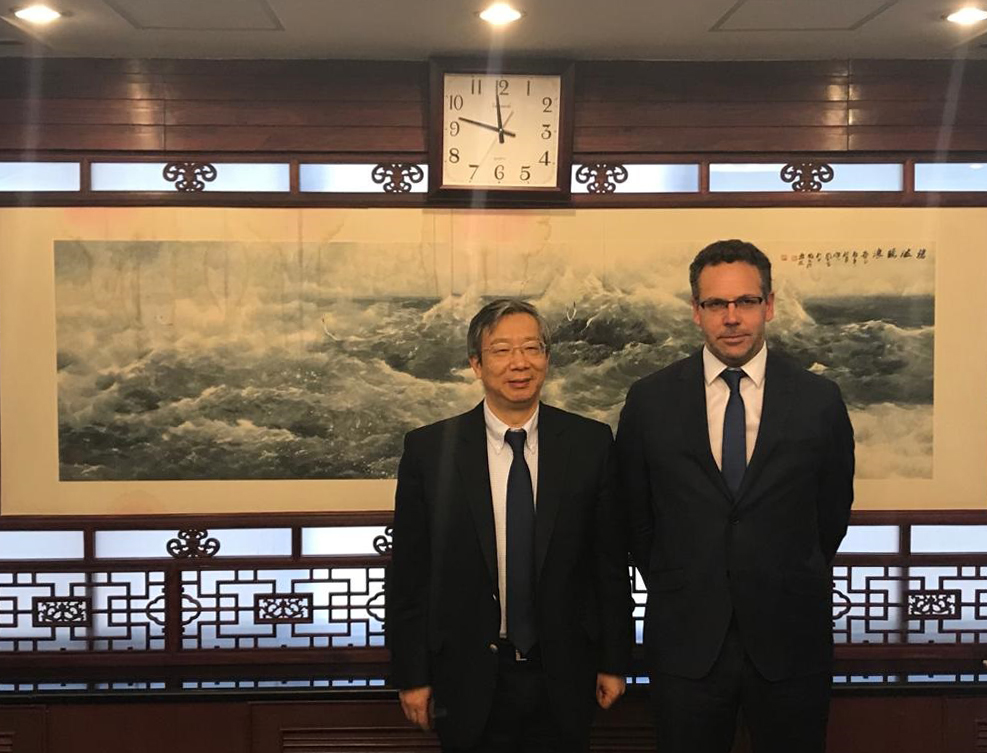