Sandleris Met with Authorities of the BIS and the ECB

October 2, 2019. The Governor of the BCRA, Guido Sandleris, held two bilateral meetings with Agustín Carstens, General Manager of the Bank for International Settlements (BIS), and Benoît Curé, member of the Executive Board of the European Central Bank (ECB), within the framework of the meeting of the Committee on Payments and Market Infrastructures of the BIS. The Deputy Governor, Gustavo Cañonero, and the Economic Research Deputy General Manager, Mauro Alessandro, also participated in the meeting on behalf the BCRA. 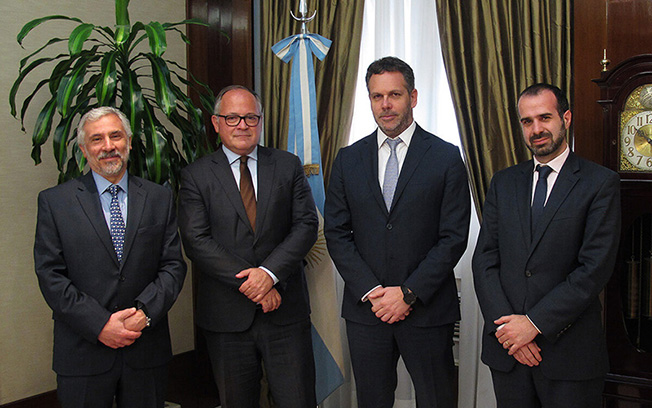