Get to know the bill
Security Features
Why has the Southern Right Whale been chosen?

Get to know the bill

This is the second bill in the new series called Argentina's native fauna which presents a vertical layout on the obverse side. Thus, animals come to the fore as a way of raising awareness about environmental protection.

As from October 26, 2016, it will be progressively disseminated through the network of bank branches and ATMs across the country. Like the rest of new bill series, the 200-peso bills will coexist with those currently in circulation.

The bill's obverse side features the Southern Right Whale, the representative creature of the Argentine Sea, Antarctica and South Atlantic Islands.

The reverse side of the bill shows in a horizontal positionan artistic recreation of the whale's habitat in Peninsula Valdes.

Moreover, at the bottom left-hand corner there is a shadowed image of the Southern Right Whale standing for a toy that winks at a child in an attempt to raise the consciousness of next generations.

The 200-peso bill, made of 90 g/m2 cotton paper in a bluish color, has the same size of the Peso Series. 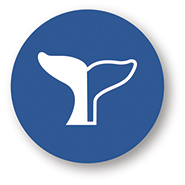 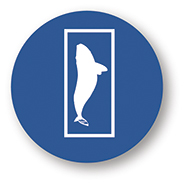 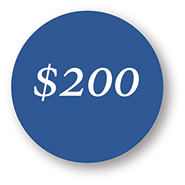 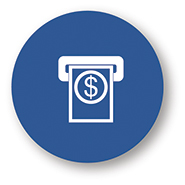 Watermark: a picture of the Southern Right Whale and the face value 200 are made visible when holding up the bill against the light

Security thread: a strip made up of squares within which the acronym BCRA is made visible with a dynamic effect; when held up against the light, the face value 200 pops up on the strip, and becomes fluorescent under UV light.

See-through register: half of the whale's tail printed on the obverse fits exactly with the other half of the image on the reverse.

Intaglio printing: the whale, seaweed, texts, numbers and the animal's silhouette stand out in relief.

Latent image: the initials RA within the image of a whale become visible when the bill is held horizontally at eye level and to the light.

Optical variability ink: the legend 200 DOSCIENTOS PESOS changes from golden to green color as the bill is tilted.

Marks for the visually impaired: the code below the animal's silhouette and the value in roman numbers CC stand out in relief.

Micro printing: the repetition of the legend $200BCRA... at the bottom of the whale's silhouette and the acronym BCRA within the 200 face value can only be observed through a magnifying glass, given their tiny letter size.

Vertical series: They become visible on the left-hand margin in red under UV light.

Horizontal series: They are made up of black variable-sized digits at the top right-hand corner, yellowing under UV light.

Security thread: it is made visible with yellow luminescence on the whole strip.

Series: the vertical and the horizontal series are made visible with red and yellow luminescence, respectively.

Why has the Southern Right Whale been chosen?

The Southern Right Whale has been chosen for being the iconic animal of the Argentine Sea, Antarctica and South Atlantic Islands and for being acknowledged as National Natural Monument in 1984. More than 4,000 whales approach the Puerto Madryn coast between May and December every year.

The Central Bank of Argentina views the design of the national currency as a meeting point where Argentinians may contribute to reunion when it comes to honoring our country, and our fauna, thus causing everyone to commit with the environment, happiness and life.

By means of this new bill series, the Central Bank proposes a new way of reading bills with the aim of raising awareness about the preservation of the environment, celebrating, in turn, the richness and diversity of our country.

The obverse side introduces a new vertical design that portrays the image of an animal native to each Argentine region. The reverse side depicts the habitat of each species on a horizontal fashion.