The Board of Directors formulates the Banks monetary and financial policy; takes part in any decision affecting the monetary and foreign exchange markets; sets general policies related to economic order and expansion of the financial system; establishes the denominations and characteristics of bills and coins; authorizes the opening of new financial or foreign exchange institutions and revokes their license; lays down rules for organizing and managing the Bank.

It also performs other such duties as are assigned under Sections 14 and 15 of the BCRA Charter.

To replace the First Deputy Governor in the event of temporary absence or when the latter is replacing the Governor (BCRA Charter, Section 13).

The Second Deputy Governor is a member of the Board of Directors.

Prior to his current position at the BCRA, he served as Head of the Sustainability Guarantee Fund at the Argentine Social Security Administration (Administración Nacional de la Seguridad Social, ANSES), where he was previously General Director of Operations. In addition, he was Director of Transactions and Operations as well as Director of Financial Assets Strategy. Previously, he was Head of the External Public Debt Sustainability Management Unit at the Secretariat of Finance of the Argentine Ministry of Economy. Furthermore, he served as Class A permanent Director at Banco Hipotecario, and Director at Edenor S.A.

He is a full professor of Financial Calculus at Universidad Nacional de Avellaneda (UNDAV). 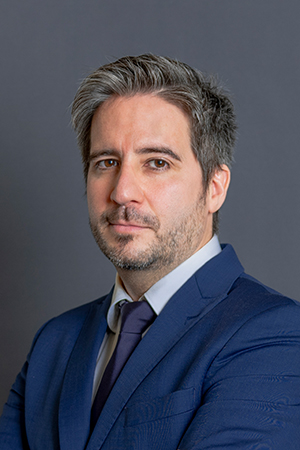