The governor is in charge of managing the Central Bank and he legally represents it before third parties; he acts on behalf of the Board of Directors, and calls for and chairs its meetings; he ensures compliance with the BCRAs Charter, other national laws and Board Resolutions; and he performs all other duties entrusted to him as the Banks main executive authority (BCRA Charter, Section 10). He is a member of the Board of Directors.

He holds an undergraduate degree in Economics from the School of Economic Sciences, Universidad de Buenos Aires (1981  1987).

He was President of Banco de la Provincia de Tierra del Fuego (2015 - 2019), director in YPF SA (2019), and Deputy Governor of the BCRA (2004 - 2015). Moreover, he chaired the Fondo Fiduciario para la Reconstrucción de Empresas [Trust Fund for Reconstruction of Companies]; was representative of the Ministry of Economy and Production at the BCRA (2003 - 2004), Minister of Economy in Santiago del Estero during the federal intervention, and Trustee for the Nation (2004). He served as Secretary of the Treasury and Finance (2001 - 2003) and Under Secretary of Financial Management and Administration in the City of Buenos Aires (1998 - 2001). He was advisor to the Committees on Finance, and on Budget and Treasury in the House of Representatives of Argentina (1984  1989). 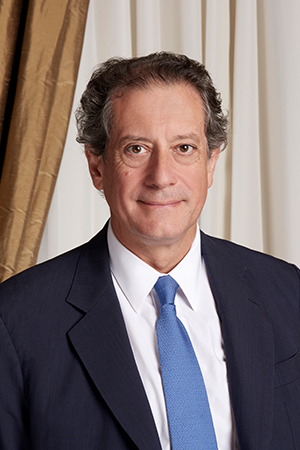