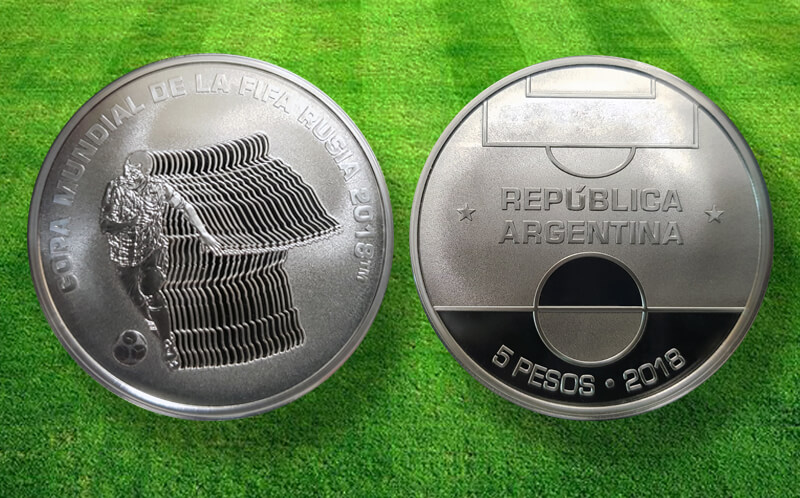 It shows part of a playing field, and, at the center, reads REPÚBLICA ARGENTINA (ARGENTINE REPUBLIC) flanked by two starssymbols of the two Argentine triumphs in the 1978 and 1986 World Cups. The exergue displays the face value 5 PESOS followed by the coinage year 2018.

The presentation includes: case, acrylic capsule, and certificate of authenticity.

The center of the obverse displays the silhouette of a football player as if running while holding the ball across a playing field, which creates a visual illusion of speed.

The reverse side shows the concept of duality in balance with the supplementary contrast, where one half of the field (for example, the side with two stars that symbolize Argentinas world cup triumphs) is essential to the existence of the other. Spaces demarcated by contrast and differentiated by textures, as philosophical principles in constant harmony; a place where both opponents play and break all that symmetry with a single ball.