The Board decides on the Banks monetary and financial policy implementation. It takes part in decisions affecting the monetary and foreign exchange markets; sets general policies related to economic regulations and to financial system growth; establishes the denominations and characteristics of bills and coins; authorizes the opening of new financial or foreign exchange institutions and revokes their authorization to operate, and establishes the rules for the Banks organization and management.

It also performs all other duties assigned to him by BCRA Charter Sections 14 and 15.

He holds a B.A. in Economics and a B.A. in Public Accounting from Universidad Nacional de La Plata, and a Ph.D. in Economic Research awarded by the Italian Republic in 1994.

He was Economic Research Deputy General Manager of the BCRA (2008-2016) and, before that, he had been Senior Manager of the same area. He was vice director of the Center for International Economy (CEI, in Spanish) of the Ministry of Foreign Affairs of Argentina (2002-2005) and worked as expert consultant on financial and macroeconomic issues for different international institutions. He was technical representative for the G-20, the Financial Stability Board, the Bank for International Settlements and the MERCOSUR.

He is a Head Professor of International Finance at Universidad Nacional de La Plata, and International Monetary Economics of the Masters and Ph.D. in Economics Programs at Universidad de Buenos Aires. He taught at the Universities of Pavia and Siena (Italy), University of Bologna (Buenos Aires), Ecole Normale Superior (Lyon), University of Paris (France), UTDT, UCEMA and ITBA. He takes part in the scientific researcher course of studies of the CONICET (National Scientific and Technical Research Council, Argentina), where he is currently on leave. 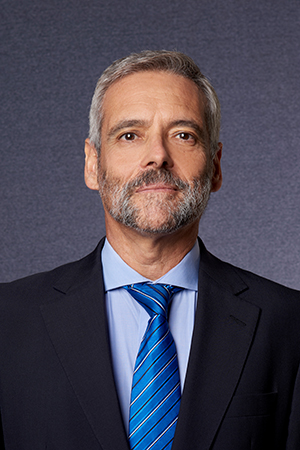